Anwar Khalifa owner of Pyramid Homes grew up in Dallas and moved to East Texas out of High School. He attended Kilgore College where he received an Associate of Science degree. He then attended Texas A&M University where he earned a Bachelor of Science degree in engineering. To further his education, Anwar attained a Masters degree in business from the University of South Carolina. After working as a project engineer and sales engineer, he entered the home-building business in 1993. Anwar is very proud of receiving his Graduate Master Builder from the National Association of Home Builders‘ Home Builders Institute. Having purchased a custom home himself, Mr. Khalifa understands his customers’ needs and concerns. He strives to make his customer’s buying experience as pleasant and smooth as possible.

He is a member of the Tyler Area Builder’s Association, Texas Association of Builders, National Association of Home Builders, The Tyler Area Chamber of Commerce, the Better Business Bureau, Greater Tyler Association of Realtors, the Women’s Council of Realtors, Habitat for Humanity Construction Committee, and the Smith County Republican Club.Anwar believes strongly in serving the community.  He serves as a volunteer chaplain for the Tyler Police Department; he is on the steering committee for the Tyler Ministerial Alliance; he serves on the boards of Adapt, the Freedom & Justice foundation, the Council on American Islamic Relations DFW, and the East Texas Islamic Society. Governor Rick Perry appointed him to the Texas Human Rights Commission in March of 2004.Anwar received the Martin Luther King award for Non Violent Social Change in January 2005 and the TB Butler Outstanding Citizen of the Year award in October 2005 for his work in getting the Muslim & Jewish communities together to build a Habitat for Humanity House for a Christian family.Anwar received the Businessman of the Year 2003 Award from National Republican Congressional Committee.We look forward to doing business with you. 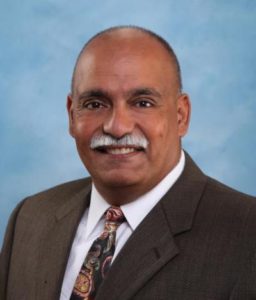 Tyler Emerges as a Green City in Texas

Copyright © 2020 Pyramid Homes|Home Builders (903) 530-6464
In continuing effort to provide you with better homes, we reserve the right to make alterations to any of this information. The above is deemed reliable, but not guaranteed.